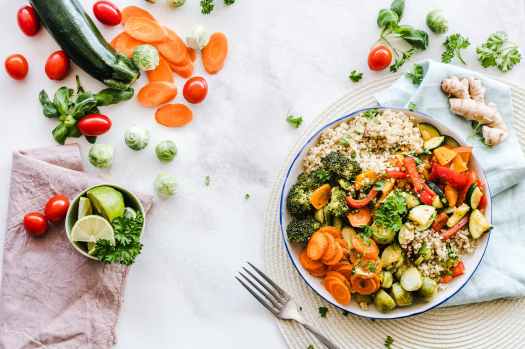 Photo by Ella Olsson on Pexels.com

Why connect aging in light of the chakras?

The chakras simply help organize details into various categories. They constitute information starting with the root chakra representing the physical world around us, the world we are born into with a physical body … all the way up to the crown chakra representing our relationship with God and the spiritual world … and all the developmental levels in between that help us get from our physical embodiment at infancy to the stage of enlightened spiritual wisdom.

What are the chakras and what categories do they represent?

These are the seven chakras and how I will be relating them to healthy aging:

Here are the anti-aging strategies I do in relation to the organization of information according to the chakra method:

Healthy aging encompasses so many areas; I have to consider myself, others, the planet I live on, and my future life.

I bet you’re already doing a lot of things so you can live without stress and regrets into a healthy old age too. What do you think about the way I organized the things I do and categorized them via the chakra system? It’s pretty holistic isn’t it! Does it inspire any ideas for you? I’d love to hear them! 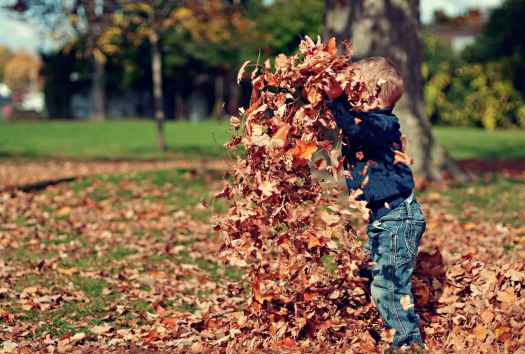 Photo by Scott Webb on Pexels.com

Sometimes to be more fully human as an adult you have to re-capture the fun of childhood. Play is a non-negotiable to feel joy and happiness, awe, satisfaction and silliness … all those positive emotions we crave.

Think back to the little you … what did you love?

I loved lying on the grass and looking at the clouds or the stars.

I loved playing in the leaves and exploring the woods.

I loved rolling on the ground and spinning until I was dizzy.

I loved staring at and being amazed by dandelions and violets.

I loved swimming and fishing from a boat on a pond.

I loved walking with my dog and playing dress up with my cat.

I loved running until I was out of breath.

I loved digging in the dirt and playing in the sand.

I loved colored bubbles in the bathtub and hot baths where the water turned cold they lasted so long.

I loved dancing in cotton pajamas and sleeping safely in my soft bed.

Simple play is self-care for the soul. And I’m recapturing that sweet part of my childhood and making it one of my non-negotiables to play every day, even if it’s just for a few minutes.

What about you? What did you love to do as a child? And how can you bring a little of that back to energize your adult self? What will bring a smile to your face, satisfaction to your heart, a giggle to your soul? Make that your non-negotiable and try adding it in to each and every day. And then be sure and tell me what you notice! 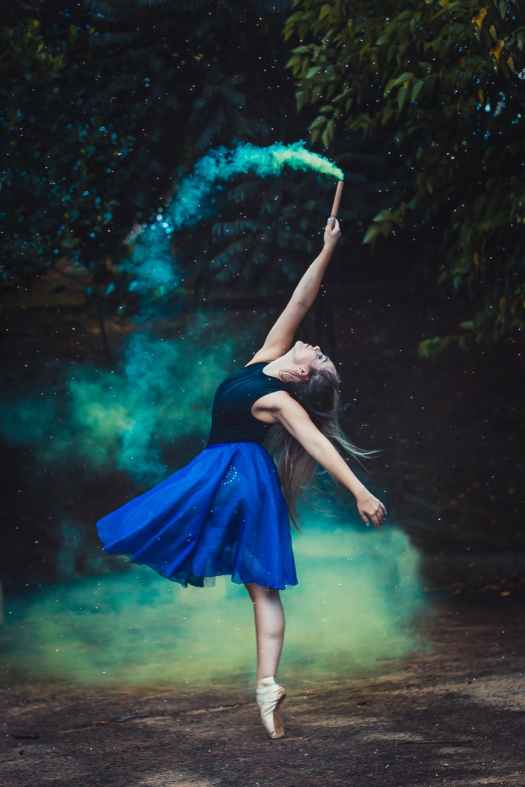 Photo by Wellington Cunha on Pexels.com

A couple of weeks ago a friend asked me to go to a high school play featuring my God daughter. I was ambivalent. I enjoy movies and have gone to a few plays. I love supporting and honoring my God daughter. But I just don’t do well in crowds. In fact, I get panic attack symptoms and have never really allowed myself to acknowledge that before.

I said “yes” before my anxiety turned it into a no. You know how stress channels blood and energy to your muscles and away from your brain … well, when I later re-read my friends message I had missed the part that there were going to be 2 other friends coming in the same car. Oh god. I get car sick, I get claustrophobia. I nearly had an anxiety attack on the spot. But I tended to my stressed out body and started to breathe.

I wanted to bail from the obligation. My mind said that I’d never get through it. But another part of me said, “let’s look at this, you have options.” I wondered where that part of me came from, because I’d never felt like I had “options” before … well, except to back out.

Then I did something unusual. I accepted myself for “me” … the me that is uncomfortable with crowds, the me that gets car sick, the me that needs an escape route at times. I honored that part of me and when I did, I was able to take an even deeper and more relaxing breath.

I remembered all the times I didn’t honor that and felt awful at crowded events, vowing to never put myself in that uncomfortable situation again. And I looked at that vow. It’s somewhat limiting and controlling and I’d like the option to decide on each situation that comes up rather than going to the default “it’s going to be horrible, don’t do it” button.

I remembered being a kid and my happiest moments were out in the woods exploring and playing by myself or being with one friend. I acknowledged the part of me that has sensory integration sensitivities. When I was growing up, horses were so healing to me and yet I grew up in a NASCAR house and never felt like I fit in. When I actually had my DNA done, I was relieved to confirm that this was really my family, that’s how different my experience was.

All of that went through my mind as I relaxed. There’s always a lot of “back story” with our emotions, anxieties, thoughts, and decisions. And I gave myself permission to be me! I contacted my friends and said that I was going to drive myself to the play; I admitted to being worried about crowds, fearing a panic attack, and needing to know I had an escape route if the anxious feelings got overwhelming.

After doing that, my body suddenly went “ah” and relaxed. I had my back. I had prioritized self-care. I did it. I allowed myself to be vulnerable by admitting my idiosyncrasies but strangely that turned into a feeling of being stronger.

I gave myself permission to be ME! 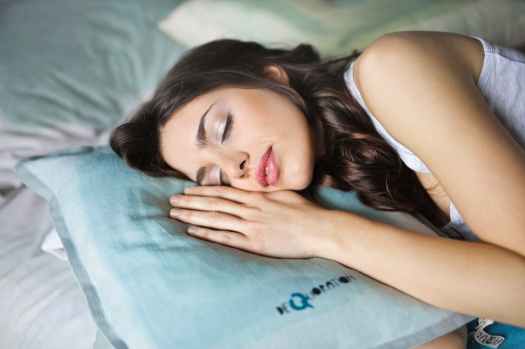 Photo by bruce mars on Pexels.com

I dreamt I was running from a populated area and into a forest. Suddenly a huge bear popped out from a hedge row and I thought “danger” and then I saw a bear cub behind it and I thought “oh no, not a mama bear, I’m dead” and I turned and began running back towards the populated area but of course the bear was faster and caught up to me in a split second but then it ignored me and kept going on it’s own way.

The dream continued. I was now back at the intersection of the populated area and the meadow that led to the forest. I saw a wolf, then I saw two and climbed a tree for safety. Up in the tree I saw an elk and a baby elk, and they had gotten separated and one of the wolves was chasing the baby elk. I cried inside for what was about to happen and I was helpless to change it, but as I watched, the wolf and baby elk ran together for a while and then went different directions.

The dream continued. I was now back in the populated area and was in a building with friends and we were walking to the cafeteria. I was surprised there was squishy sand in the hall and was told there was nothing that could be built on the sand so they left it that way. I was in the doorway of the cafeteria but my friend had one foot stuck in oozing mud and the other was on the sand and she didn’t have good footing. I looked back in surprise because this was a friend who appeared to have it together but even in the dream I knew that this was metaphorical for the problems she was having in her life. I also knew that I thought I had some rough things but in comparison, I was already a head of the game and on good footing.

I haven’t looked up the dream meanings of the animals yet. I know the subconscious has a lot to reveal in our dreams. But it’s easy to see the theme is fear, danger, the stress response and running away. And this dream also shows something is changing inside. I’m still reacting as if safety is in jeopardy but the dream shows that what I’m afraid will happen, is in reality not happening, even though the outlook looks pretty ominous.

I do know I’ve done some really amazing transformational work with my coach. I believe stress has been killing me. Literally chipping away at the number of days of my life by causing pain and fear reactions and I can feel that changing. I’m stronger. I don’t have the anxious triggers I used to have. And it’s been happening so slowly over the past six months it’s nearly invisible, but signs are peeking through.

Then I thought about all the other things that have been happening slowly … a year and a  half ago I began working with a doctor in a program to balance hormones and have had lab tests every few months. It took a year to really start to see the labs change but they are improved. At the same time I began working on my weight and lost 10 pounds during the menopause program. And in the past year I’ve lost another 10 pounds. I really like the 3-day type of diet thing where you lose 20 pounds overnight. I like quick, but that’s not what’s happening, it’s been slow. A pound a month is hardly noticeable until it adds up over time. I’m grateful to have trusted in the process and haven’t given up.

Yes, things are changing. My subconscious handed that information to me through the dream. I’m not a patient person, so I need some of those little insights to help me endure and stay on the path to healing. I think the dream is not just confirming that things have changed for me but it’s also urging me to stop running, to stop hiding, and to turn back to helping others. Even though I didn’t consciously realize it, the dream showed me I’m not stuck anymore. I have been there, I have been stuck and wanting to escape the world, but with a little help from a bear, some wolves and a baby elk, I’m now aware that has turned around.

Dream Elk Meanings: Might, Power, Exciting things coming, Victory after putting everything in line, Strength, Stamina, Endurance, Patience, Relationships with other people, Entering a time of plenty, Spend time with the people you love.

Considering dream interpretation, I certainly identify with Bear as facing my deepest fear. I was once in Wyoming trout fishing and was stalked by a grizzly bear near Table Mountain; I’d never feared for my life more, every hair on my body stood on end.

The wolf walking with the elk calf reminds me of the bible verse from Isaiah 11:6-9 where God’s love conquers predatory behavior.

And the summary take away I get from this dream is moving from fear based behavior to love based behavior and then helping others do the same. Wow. Just wow. Beautiful.